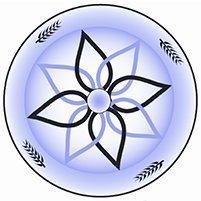 There are so many different kinds of contraception. How do you choose which one is right for you? Talk to your provider! They can tell you about the different kinds and which one may work for you. They will also look at your health history to help you decide what might work best for you personally.

With that said, what type of contraceptions are there? Did you know there are over 10 different types of birth control? Let's take a look at them!

The birth control implant (AKA Nexplanon) is a tiny, thin rod about the size of a matchstick. The implant releases hormones into your body that prevent you from getting pregnant. A nurse or doctor inserts the implant into your arm and that’s it — you’re protected from pregnancy for up to 5 years. It’s get-it-and-forget-it birth control.

An IUD is a tiny device that's put into your uterus to prevent pregnancy. It’s long-term, reversible, and one of the most effective birth control methods out there.

There are 5 different brands of IUDs that are FDA approved for use in the United States:

These IUDs are divided into 2 types:

The Paragard IUD doesn’t have hormones. It’s wrapped in a tiny bit of copper, and it protects you from pregnancy for up to 12 years.

The depo shot (AKA Depo-Provera) is an injection you get once every 3 months. It’s a safe, convenient, and private birth control method that works really well if you always get it on time. You can start using the birth control shot whenever you want. If you get your first shot within the first 7 days after the start of your period, you’re protected from pregnancy right away. If you get it at any other time in your cycle, you need to use another form of birth control (like a condom) for the first week after getting the shot.

The birth control ring (AKA the vaginal ring, or the ring) is a safe and convenient birth control method that works really well if you always use it correctly. You wear a small, flexible ring inside your vagina, and it prevents pregnancy 24/7 by releasing hormones into your body. The ring has lots of other health benefits, too. There are 2 kinds of birth control rings: NuvaRing and Annovera.

The transdermal contraceptive patch is a safe and convenient birth control method that works really well if you always use it correctly. You wear the patch on certain parts of your body, and it releases hormones through your skin that prevent pregnancy. The patch has lots of other health benefits, too. There are two brands of birth control patches available in the U.S.: the Xulane patch and the Twirla patch.

Birth control pills are a kind of medicine with hormones. Birth control pills come in a pack, and you take 1 pill every day. The pill is safe, affordable, and effective if you always take your pill on time. Besides preventing pregnancy, the pill has lots of other health benefits, too.

Condoms are thin, stretchy pouches that you wear on your penis during sex. Condoms provide great protection from both pregnancy and STDs. They’re easy to use and easy to get.

A diaphragm is a shallow, bendable cup that you put inside your vagina. It covers your cervix during sex to prevent pregnancy.

The birth control sponge (aka the contraceptive sponge or “the sponge” for short), is a small, round sponge made from soft, squishy plastic. You put it deep inside your vagina before sex. The sponge covers your cervix and contains spermicide to help prevent pregnancy. Each sponge has a fabric loop attached to it to make it easier to take out.

Spermicide is a kind of birth control that has chemicals that stop sperm from reaching an egg. You put it in your vagina before sex to prevent pregnancy.

You don’t need a prescription to get spermicide — you can buy it over-the-counter at most drugstores, pharmacies, and superstores in the condom aisle.

There’s also a new kind of vaginal contraceptive gel called Phexxi. Phexxi isn’t a spermicide, but you use it in a similar way — you put the gel in your vagina before sex, and it helps stop sperm from meeting with an egg. You need a prescription from a nurse or doctor to get Phexxi.

A cervical cap is a little cup made from soft silicone and shaped like a sailor's hat. You put it deep inside your vagina to cover your cervix. The type of cervical cap that you can get in the U.S. is called FemCap.

Want to make sure pregnancy is not in your future? Sterilization (sometimes called female sterilization, tubal ligation, or “getting your tubes tied”) is a safe and effective surgical procedure that permanently prevents pregnancy.

Abstinence prevents pregnancy by keeping semen away from the vagina, so the sperm cells in semen can’t get to an egg and cause pregnancy. If you’re abstinent 100% of the time, pregnancy can’t happen.

People sometimes only use abstinence to prevent pregnancy on days they’re fertile (most likely to get pregnant), but they may have vaginal sex at other times. This is called fertility-awareness.

Anybody can be abstinent, no matter your age, gender, sexuality, or the sexual experiences you’ve had before. People are abstinent off and on for reasons that may change over time, and a few are abstinent their whole lives. You can choose to be abstinent whenever you want, even if you’ve had sex before.